In March 2002, a state TV signal in China is hacked by members of the banned spiritual group Falun Gong. Their goal is to counter the government narrative about their practice.

In the aftermath, police raids sweep Changchun City, and comic book illustrator Daxiong (Justice League, Star Wars), a Falun Gong practitioner, is forced to flee. He arrives in North America, blaming the hijacking for worsening a violent repression. But his views are challenged when he meets the lone surviving participant to have escaped China, now living in Seoul, South Korea.

Combining present-day footage with 3D animation inspired by Daxiong’s art, Eternal Spring retraces the event on its 20th anniversary, and brings to life an unprecedented story of defiance, harrowing eyewitness accounts of persecution, and an exhilarating tale of determination to speak up for political and religious freedoms, no matter the cost.

An acclaimed comic artist from China, Daxiong has illustrated the likes of Star Wars comics for Dark Horse and DC’s Justice League of America. He fled his hometown of Changchun in Northeast China in the aftermath of a dramatic heist of the state TV airwaves. Daxiong sets out to retrace the events of the hijacking through his artwork, and meets the lone hijacker to have escaped China.

An engineer and devotee of the Falun Gong spiritual practice, Liang Zhenxing’s soft-spoken demeanour belies his steely resolve to defy the government’s ban on his faith—and counter the official narrative. But when Liang decides leaflets and banners are no match for the state media behemoth maligning Falun Gong, he hatches a bold plot to take over the TV airwaves.

A hulking grain worker from a rural county outside Changchun, Liu Chungjun is a former ruffian who was inspired to change his ways by Falun Gong’s tenets of truth, compassion, and tolerance. Big Truck is an imposing figure with a strong sense of loyalty, and not even prison walls are going to keep him for helping Liang pull off his heist. 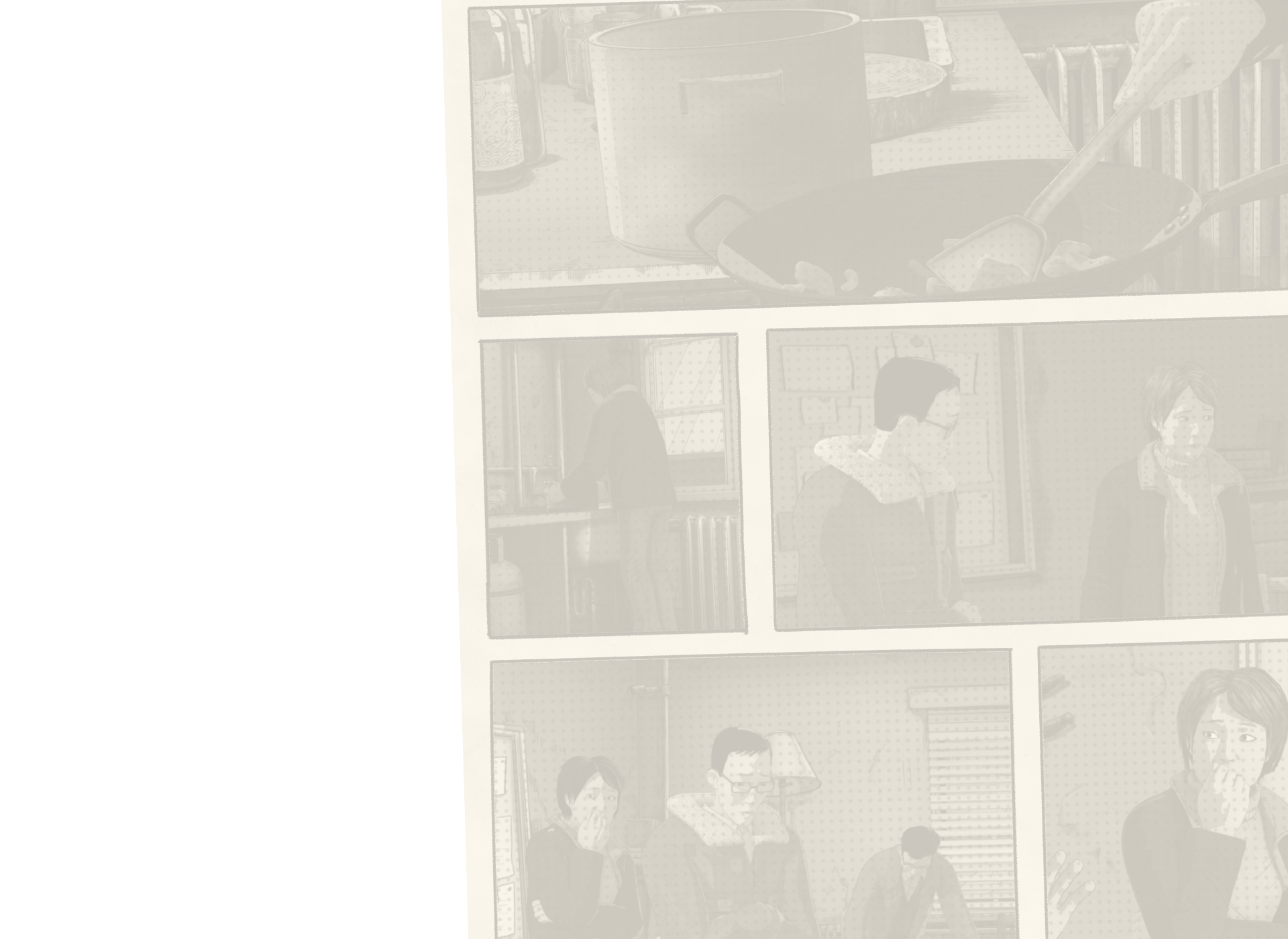 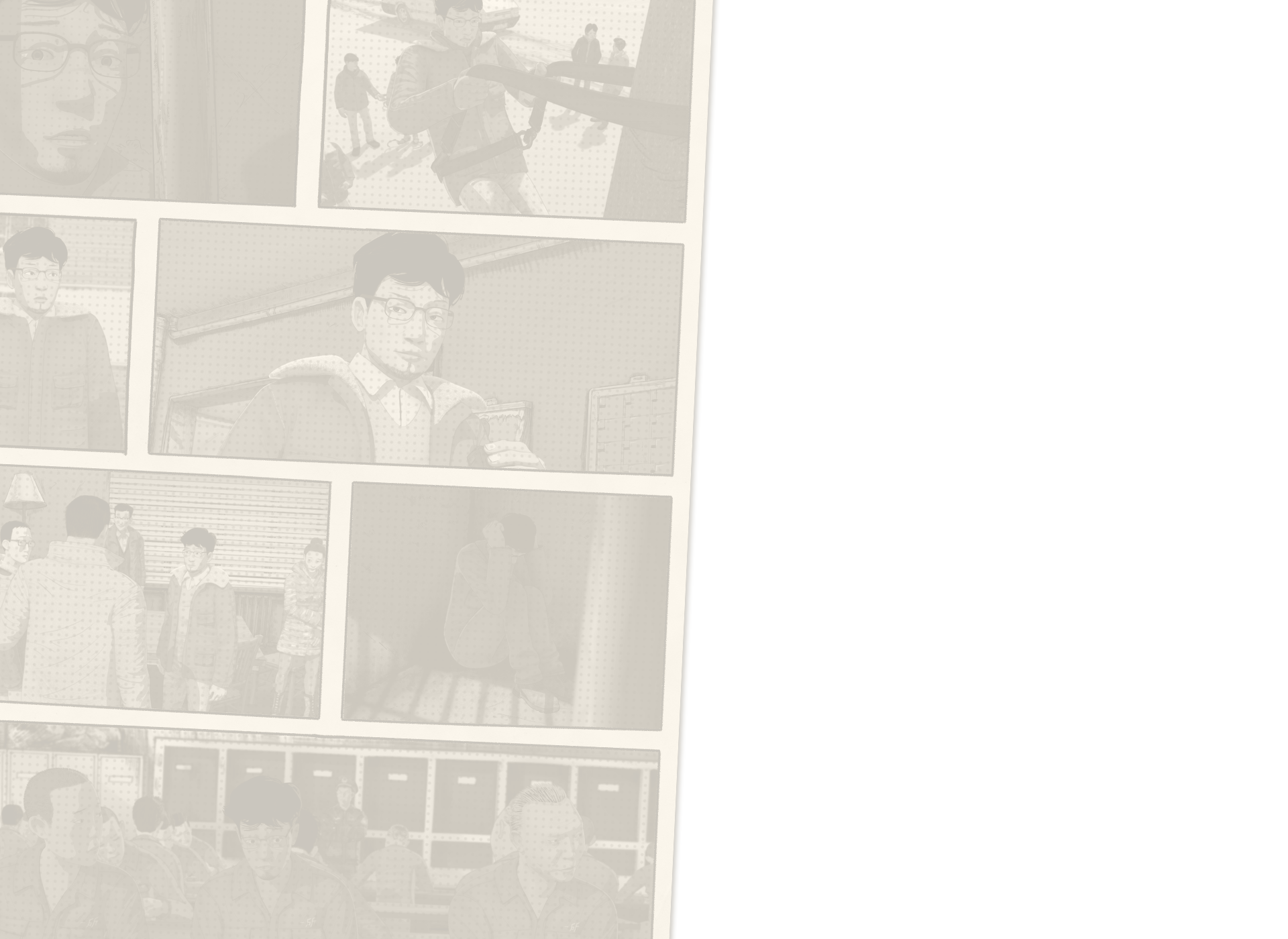 Extraordinary…the animation is some of the very best we have ever seen in documentary film.

Powerful…a work of great beauty, both visually and narratively.

An essential and integral watch. An unmissable documentary.

A breathtaking story of a struggle for freedom.

Gorgeous…splendidly communicates the incredible bravery of the people involved.

But Why Tho (podcast)

‘A documentary driven by a search for truth’: five-star review in France’s àVoir-àLire.

Streaming online in the US

Interested in hosting a film screening of Eternal Spring documentary? Click on the button below to fill out a screening request form and a member of the Eternal Spring film team will be in touch with you shortly about purchasing viewing rights and ways to make your event a success. 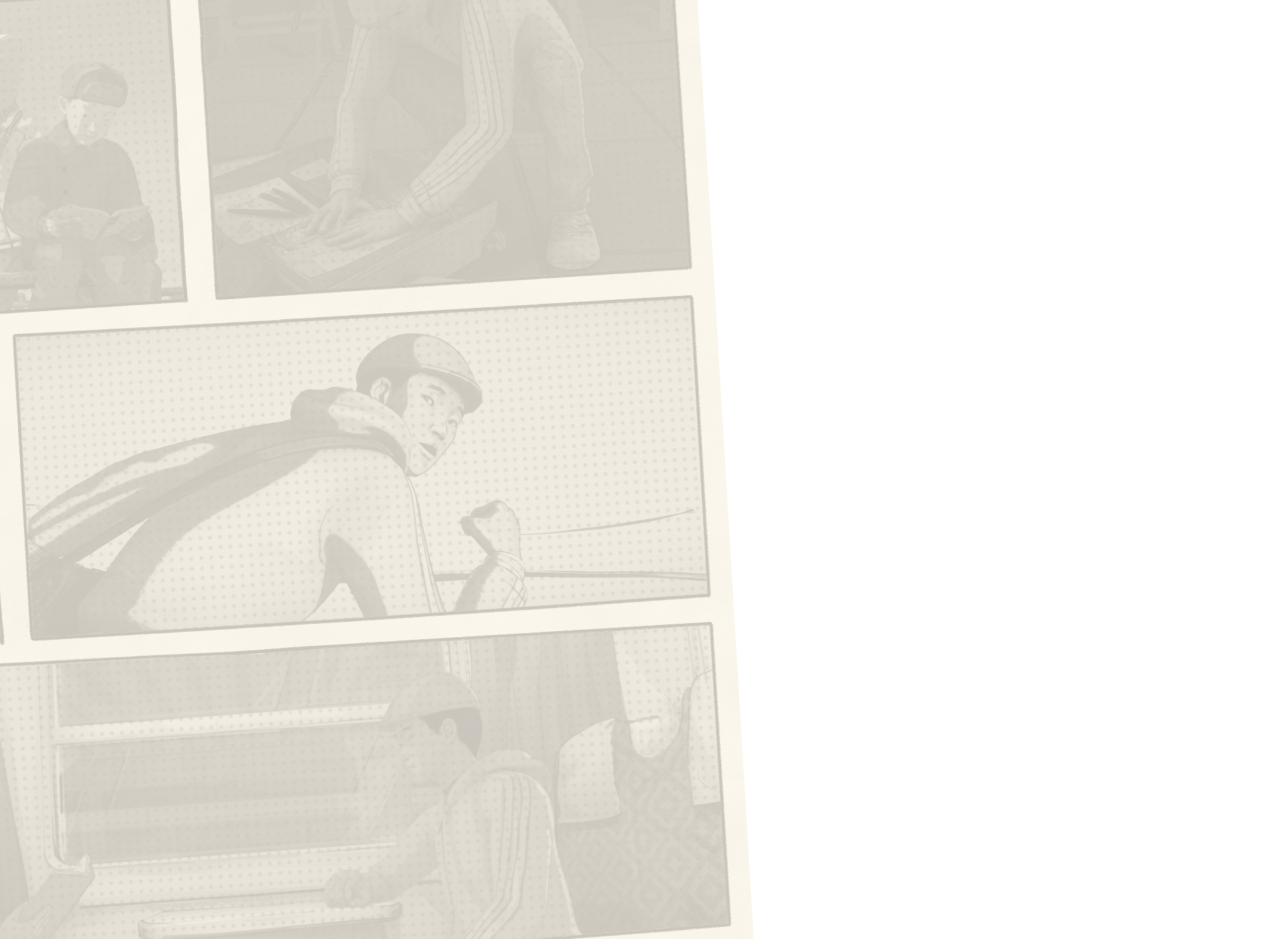 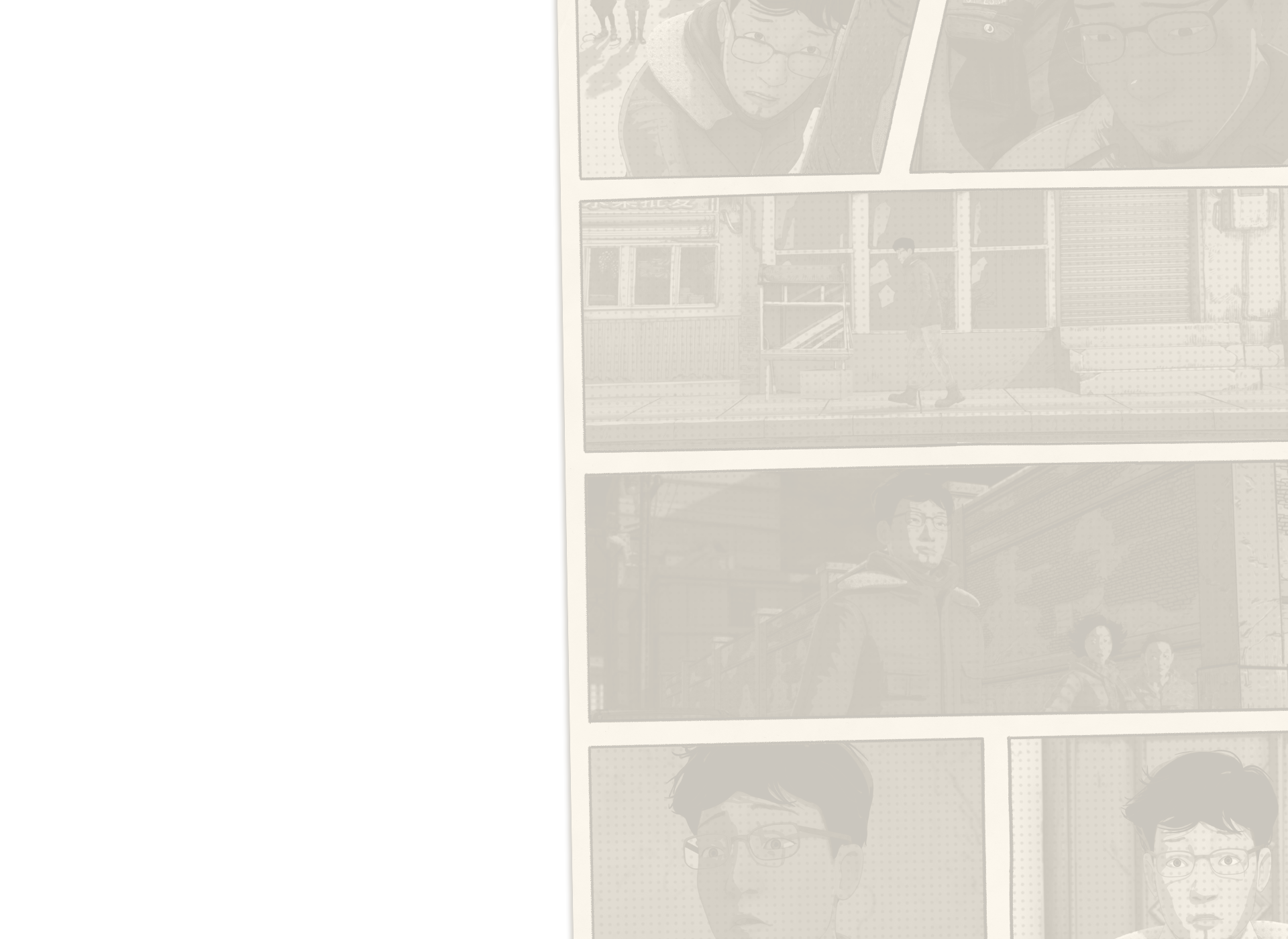 Where can I watch the film?

ETERNAL SPRING begins its festival run at Thessaloniki Documentary Festival on March 15. Please sign up for our newsletter or follow our social media channels for updates as more festival and screening dates are added. If you’d like to inquire about hosting a screening of ETERNAL SPRING at your festival or event, please complete the contact form in the Screenings section of this website.

Are the human rights abuses depicted in the film still taking place?

Unfortunately, yes. While the abuses against Falun Gong were more frequently in the news in the early days of the government’s repression of the group (for example, in a 2001 Pulitzer Prize winning series of articles by the Wall Street Journal’s Ian Johnson), the detention and abuses against those who persist in Falun Gong continues today. In fact, arrests and surveillance targeting Falun Gong believers reportedly increased in the recent lead-up to the 2022 Winter Games. What’s more, the tactics used against Falun Gong adherents—including large scale detention and coerced abandonment of religious beliefs—can also be found in the treatment of Uighur Muslims in Northwest China.

What is Falun Gong?

The characters in ETERNAL SPRING belong to a group known as Falun Gong. A spiritual practice in the Buddhist tradition, Falun Gong combines slow-moving exercises, meditation, and moral teachings centered on tenets of truthfulness, compassion, and forbearance. It quickly grew in popularity after its public introduction in 1992 by Changchun City local Li Hongzhi. By 1999, estimates put the number of adherents in the tens of millions, at which point Communist authorities banned the practice and commenced a repression campaign against those who persisted in it. More information on Falun Gong can be found at faluninfo.net.

Get it on the App Store

A four-issue digital comic book series featuring a new take on stories from the Eternal Spring film, complete with narration, sound and music. Dive into a riveting and heart-wrenching comic series featuring persecution, loss, and courageous resistance in China with art from acclaimed illustrator Daxiong.

Be part of the creative team behind Eternal Spring as you color hand-drawn background illustrations, view exclusive animation, and dive deep into a perilous heist. Designed to work with Apple Pencil.

Explore the personal POV of “Mr. White” (Jin Xuezhe), one of the key characters in the Eternal Spring feature film, through the immersive power of virtual reality in this 12-minute interactive VR experience. Feel what it’s like when the government bans and denounces your spiritual beliefs, and then threatens you with arrest and abuse when you try to set the record straight.

A scrolling web experience brings you deeper into a city transformed by the repression of a popular spiritual practice that was once introduced here. Featuring exclusive eyewitness interviews not found in the Eternal Spring film.